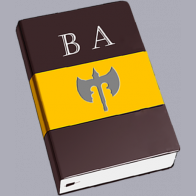 You can view the tilesets here and finds some additional information below.

Made a tileset and want to see it included in Battle Atlas? Send us a message!

In the future, BattleAtlas may expand its range of tilesets to include those made by users as well as by those of us working on BattleAtlas. You may submit tilesets of your own creation for review and possible inclusion in future versions of BattleAtlas. You must, however, own all rights to the content that you are submitting. BattleAtlas also reserves the right to deny tilesets for any reason, or remove tilesets at any time.

In the event that new tilesets are added by other artists, we ask that you extend the same courtesy to them. The artists of the respective sets are viewable on the Tilesets page on the BattleAtlas website, as well as a link to the profile of their choice.